Exec and Public Health Expert: “I think we’re looking at another year.”

“…we have not … done the contact tracing, the testing, the mask-wearing … we are late to all of the tools that one would have to use to bring down the chance of transmission by cornering the virus out of the population.”

Covid From Here: A Candid Conversation With Sandy Climan

Sandy Climan is one of Hollywood’s most respected executives—but he also has a deep background in public health. His assessment of what’s to come with Covid? “I think we’re looking at another year.” 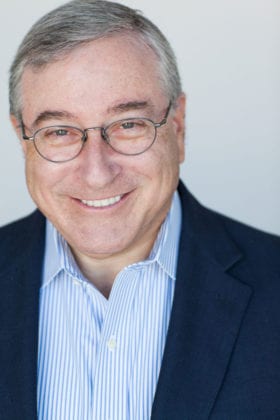 If you’re a movie buff, you may know Sandy Climan as one of Hollywood’s most respected executives, president of Entertainment Media Ventures and a key architect behind the rise of Creative Artists Agency, which once represented elite talent, including Robert De Niro, Robert Redford, Kevin Costner, Danny DeVito and Michael Mann.

But if you’re a close friend of Climan’s—and you’re a CEO—you probably think of him as something else lately: A clearinghouse for Covid information. That’s because, before he turned into a Hollywood power player, Climan got a masters from the Harvard T.H. Chan School of Public Health (where he now advises the Dean) and later served on the Advisory Committee to the Director of the Centers for Disease Control and Prevention.

As you’d expect, his phone’s been ringing lately. Mostly, he puts F500 CEOs in touch with the right expert to help with a specific question. But given his unique perspective, I reached out to talk with him about what he tells the CEOs who call—and ask his unvarnished opinion about the year ahead.

The following interview was edited for length and clarity.

What are CEOs asking you these days about Covid? What are you telling them?
As Adam Aron, CEO of AMC Entertainment said—and this is at the very beginning—”I need to have a trusted source of information other than newspapers for public health information because my business is highly impacted by the coronavirus.”

So I introduced him to Michelle Williams, the Dean of the Harvard School of Public Health. And professors, former professors, students, former students, they organized themselves around thinking through the nature of how to address that particular vertical of AMC Entertainment.

But the reality is that science is not like financial engineering. Science changes with knowledge. You’re making decisions based upon the best information that you can gather from authentic sources, from academic sources, from practical sources in the medical field, what we’re learning in the hospitals. Studies are feeding new information every day on an unknown, and this coronavirus specifically, is an unknown. I think we can assume that in the future, we will face situations like this that are unknown.

Given that, what is the science of Covid telling you about what the strategy should be for the rest of this year and 2021?
My sense of it is that we are holding a lot of hope out for therapies and remedies, as well as for a vaccine. And the thing that worries me a great deal about the biotechnology of the vaccine development is that to some degree, we are reviewing it in the public eye more than we ever have but we’re also feeling an enormous need to deliver a positive answer.

Only time will tell whether you can deliver a positive answer. I don’t believe that anyone will deliver a dangerous answer, but the notion of creating hope and doing science through the media and press releases is a brand new area, but so is the methodology and the extraordinary investment that’s being made globally to find the solution.

But if it were my view, I think we’re looking at another year.

What are the factors in that year? Given the fact that the U.S. has not been able to flatten the curve, we have not done as a concerted approach to leveling the virus as needs to be done—the contact tracing, the testing, the mask-wearing—we are late to all of the tools that one would have to use to bring down the chance of transmission by cornering the virus out of the population.

We now believe it to be far more contagious than we did at the beginning. When you have something that is airborne and highly contagious as well as asymptomatic, which means you have exposure through carriers that don’t know they have it, this is a new set of factors that creates business, and governmental, and academic, and medical decisions that are constantly adapting to that knowledge.

I would say that we are going to move through this year without a lot of the in-person activities, you know, entertainment, restaurants, live theater, gatherings, bars, parties. The more that we delay the activities that are the hard shutdown, maybe not of the economy, but of behavior that will flatten the virus, the longer we will be in a continuing state of the virus being omnipresent. The more it is omnipresent, the less we are going to be able to do, the more people will actually be infected and die.

Worst-case scenario is that by the fall, people who have been furloughed may lose their jobs forever. We will see a lot of companies potentially go out of business. Brands that we grew up with, that have been with us forever, may not survive because they are in areas of our life that are unsupportable if we don’t have the ability to move freely.

We have an economic problem. We have a healthcare problem. And we have a mental health problem that is coming along with that. The discussion about opening schools is central to that.

What are some of the things CEOs might be thinking about right now?
Amongst the things I would be looking at are what are the best tools I can give my employees. Is a perk that you get a bunch of granola bars or is the perk that I give you a mental health program, and some coaching, and access to telemedicine and therapy for you, for your kids? Can I give you tutorial support for your children?

Now is the time, whether you have been committed to your community and your workforce before or you haven’t, now is the time to embrace it. You need to step back and think about what you would want someone doing for you and your family.

What’s the wild card in this?
I think that question is centered on where the country goes. I won’t speak about politics because that’s not helpful. But within companies and within our culture in general, Americans have always taken the position that we are responsible for more than that which we look out the door and see every day. We are responsible for each other and in a way, we have to set an example for the world about how we behave, and business has always been part of that presentation to the world. We need to come back to that commitment collectively. Business is one of the key factors, if not the key factor today, that will lead a reframing of how we will come out of this difficult period.

People say to me every day, “How can you remain as optimistic as you are?” The answer is because I believe in people. What makes American business great is our belief in people, our belief in our society, our belief in the position of our society in the world. If you don’t have optimism, all is lost.